The Sri Lanka stand being officially opened by H.E the Ambassador for Sri Lanka in the UAE, Mr. Majintha Jayasinghe and Mr. Charitha Yattogoda, Consul General of Sri Lanka for Dubai & Northern Emirates, among other distinguished guests.

Sri Lanka Tourism Promotion Bureau (SLTPB) showcased its tourism potential in the Mediterranean, by kicking off a Tourism promotional evening and Cultural night in Dubai, in collaboration with the Consulate General of Dubai. This was held in parallel with the Emirates Airline Dubai Rugby sevens which was held on a grand scale from 5th to 7th December 2019 in Dubai. 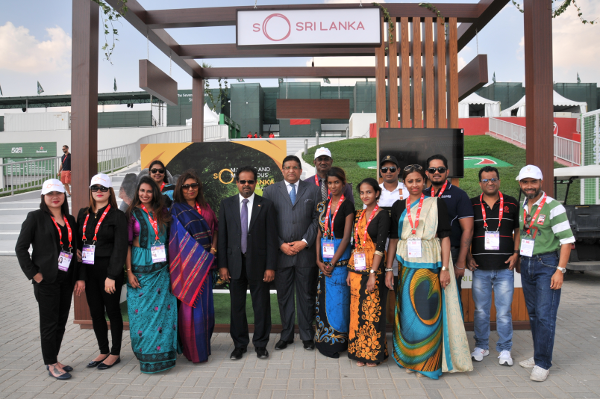 The Emirates Airline Dubai Rugby Sevens is a famous sporting event in the world, which is a part of the prestigious HSBC World Rugby seven series and oldest sporting tournament in the Middle East. This is a three-day event where over 28 teams across the world (including both men 's and women's teams) ,15 sections played across 8 pitches, Invitation rugby tournament, plus the extremely popular expanded 50 team/750 players and invitation Netball tournament. This year, over 90,000 fans participated at this tournament and over 1,100 hours of live coverage was given to 145 countries. This renowned sporting event has won 13 awards, which has also been highlighted as Dubai's most popular sporting event. 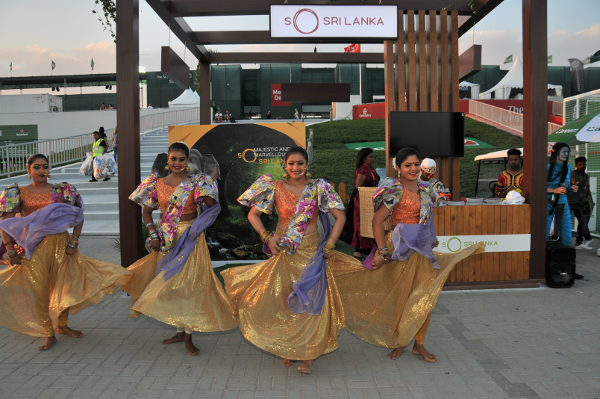 Since Dubai is a major transit city and tourism hub in the world, it is important that SLTPB should engage in adequate consumer promotional activities among the Arabian travelers to make them aware about the destination and also to inspire those who are planning as a new destination to visit. It has been recorded recently that there are over 190 direct flights per week from the Middle East region itself, that have been currently operating from the region to Colombo on daily basis by Emirates airlines, Sri Lankan Airlines, Fly Dubai & Air Arabia etc, which is a good indicator that reflects the actual number of UAE resident tourists visiting Sri Lanka. From the UAE, there are over 70 flights to Colombo per week. 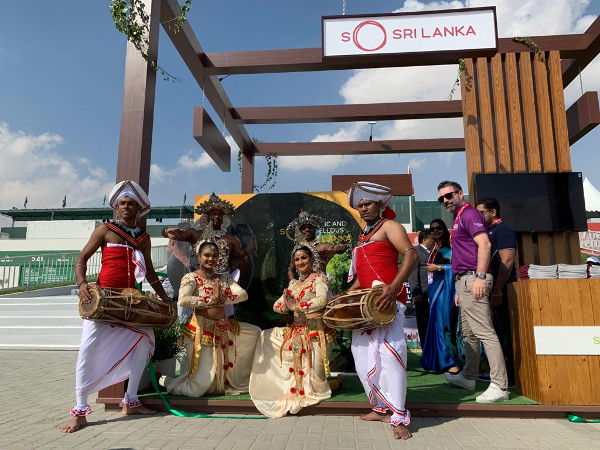 At this event, SLTPB had an exhibition stand in the Rugby village with Sri Lanka Tourism branding. The stall was crowded with visitors who had come to watch the Rugby sevens, and they took a genuine interest in exploring the possible attractions they could visit once they plan a trip to Sri Lanka. H.E the Ambassador for Sri Lanka in the UAE, Mr. Majintha Jayasinghe along with Mr. Charitha Yattogoda, Consul General of Sri Lanka for Dubai & Northern Emirates , Ms. Chami Lanka Gasnawage , Assistant Director Marketing who represented SLTPB joined in opening the Sri Lanka stand. Souvenirs and gifts were distributed among the visitors, and they were very much impressed with the video presentation displaying the uniqueness of Sri Lanka and its scenic locations, while enjoying a cup of pure Ceylon tea. A cultural dance troupe provided entertainment for the visitors, adding a touch of glamour and color to the event. 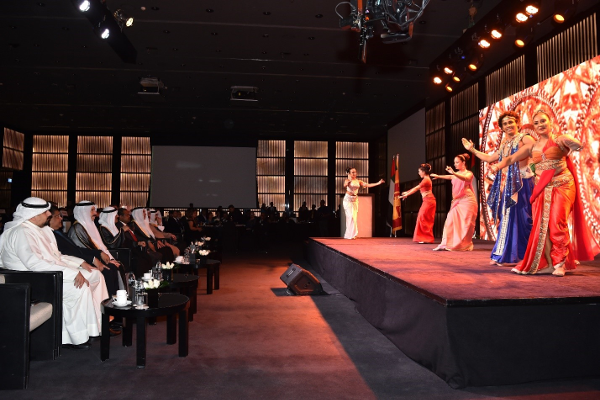 At the Tourism Promotional Evening.

Along with this popular tournament, Sri Lanka Tourism also held a tourism promotional evening and a cultural night, to create a platform for both Sri Lankan and Dubai counterparts to exchange their business ideas and coordinate on future business partnerships. The event was held at a five-star hotel in Dubai, enjoying cultural performances, by the Channa - Upuli Performing Arts Foundation. authentic Sri Lankan cuisine and getting a chance to meet key representatives of the Travel and tourism industry. 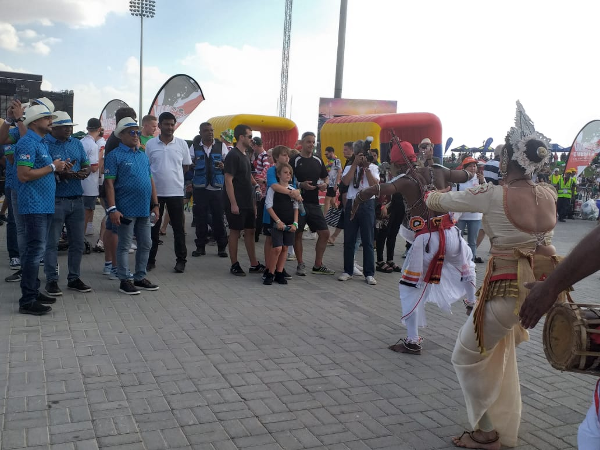 After the Easter attacks that look place in the country on 21st April 2019, U.A.E imposing a travel advisory against Sri Lanka was a major setback for UAE tourists visiting the destination. Hosting the tourism promotional evening and the cultural night was another way of rebuilding the confidence of UAE tourists to visit Sri Lanka as most of them are not aware that the country's tourism has returned to normalcy. 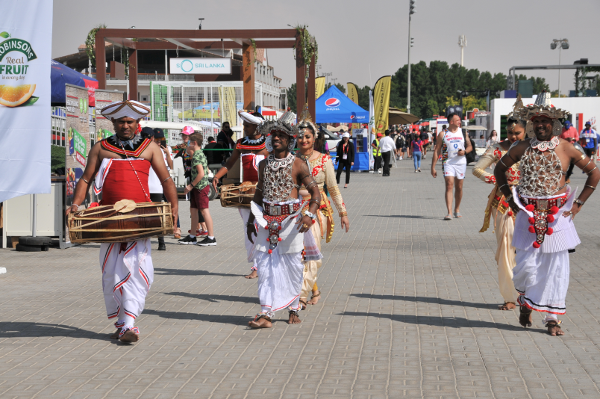 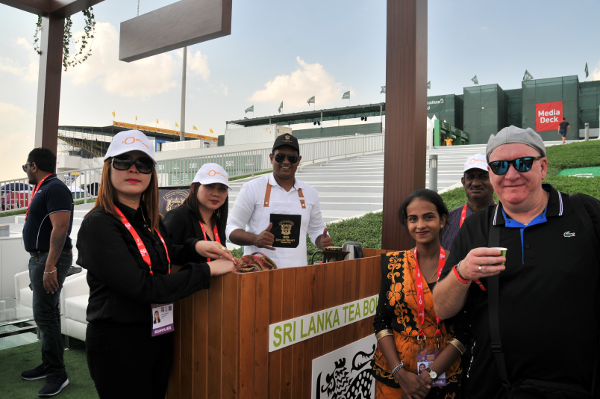 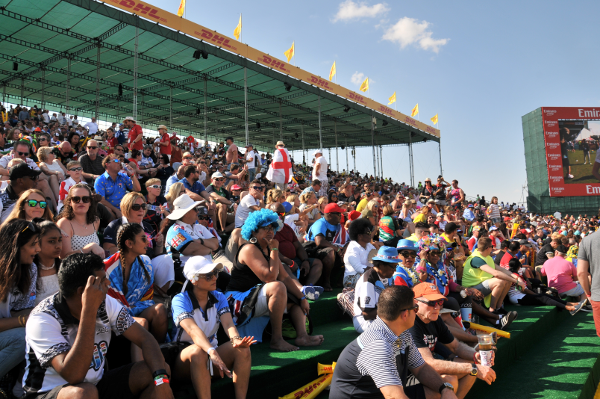 Spectators at the rugby sevens. 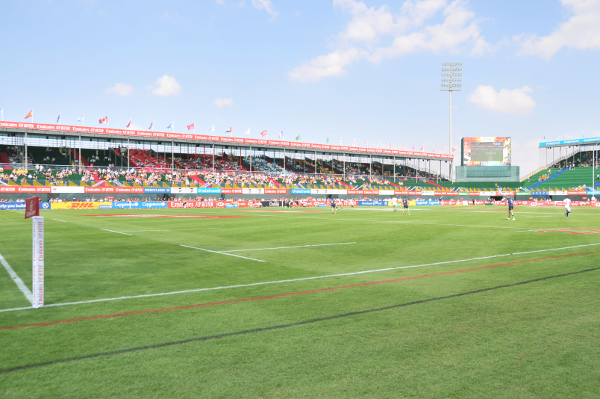 The Rugby venue in Dubai.