Tourism Industry commends the lifting of the state emergency 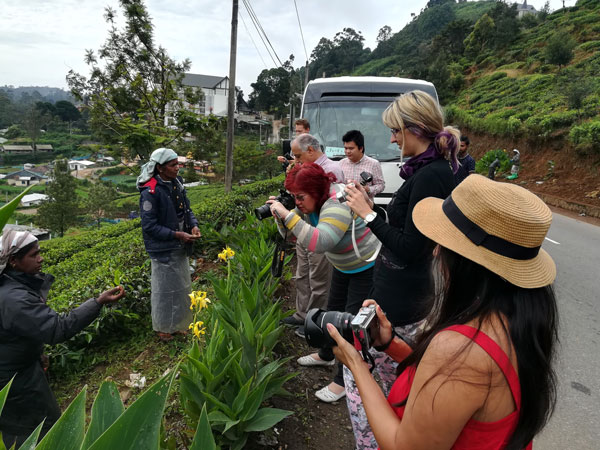 The tourism industry has welcomed the much awaited government decision to lift the state of emergency from the 22nd of August 2019, with a collective sigh of relief, with hopes that it will serve as a huge boost to the revival of tourism industry which took a hit following the Easter Sunday terror attacks.

The Minister of Tourism Development, Wildlife & Christian Religious Affairs John Amaratunga welcome the move by the government adding that Sri Lanka within the last few months was able to neutralize the terrorist threat whilst consolidating its destination management with new and innovative incentives to welcome more tourists to the country.

“In a matter of just four months our security forces have been able to neutralize the terrorist threat and declare the country as absolutely safe for tourists. With the lifting of the Emergency regulations, all impediments for travel to the country have now been cleared. It is encouraging that the world has responded by helping Sri Lanka return to the normal pattern of arrivals in a much shorter period than initially anticipated by the tourism industry. We can now confidently look forward to a very successful winter season ahead, which is traditionally our peak season. With the free visa programme in full swing and reduced ticket prices, Sri Lanka is now a very competitive destination for the international traveler,” said Minister of Tourism Development, Wildlife & Christian Religious Affairs, John Amaratunga.

Sri Lankan travel industry representatives say the lifting of emergency rule comes as a relief and hope it will encourage more tourists to visit the country in the coming months. Many experts are of the belief that it may prompt other countries to soften up their travel advisories in lieu of the measures taken by the government to safeguard tourists and locals alike. For example, The Ministry of Foreign Affairs in the Russian Federation has relaxed their travel advisory against Sri Lanka with effect from the 26th of August 2019. However, they have recommended the Russian citizens intending to visit Sri Lanka to remain vigilant and avoid crowded places.

Mr. Kishu Gomes, Chairman, Sri Lanka Tourism Promotion Bureau (SLTPB) believes that Sri Lanka Tourism can reach the target two million for the year, given that the situation in the country has returned to normalcy. He said that with more international conferences coming up this year such as the Bhora Convention, the number of tourist arrivals are likely to increase, bringing much revenue and income, and enhancing the tourism sector, an industry where both small and big scale entrepreneurs and industry stakeholders earn their living through tourism related activities. The increasing number of tourist arrivals show that Sri Lanka has regained its position as a number one travel destination in the world offering everything that the ideal traveler wants and has shown that travelers can have a safe stay, while exploring the cultural and natural beauty of Sri Lanka.

It is expected that 21,000-25,000 guests of the Bhora community will visit Sri Lanka from 40 countries to attend the international Bhora convention scheduled from 1st – 10th September, at the Bhora headquarters, Bambalapitiya. This is the largest single gathering of foreign visitors to Sri Lanka, which would help boosting Sri Lanka Tourism at this need of the hour.